Is the Ketogenic Diet Good or Bad for Migraines?

What is a ketogenic diet?

Ketogenic diets – or keto diets – are diets that heavily reduce the consumption of carbohydrates and relatively increase proportions of proteins and fats within an individual’s diet.

Research has shown mixed results for ketogenic diets. Ketosis occurs when blood glucose levels begin to drop, due to fasting or carbohydrate avoidance. This causes the brain and central nervous system (CNS) to use ketone bodies (KBs) present in the blood as an energy source, as there is insufficient glucose. KBs can also be used by tissues and other organs as a form of energy.

A major problem with ketogenic diets is that they are often implemented incorrectly, so that adherents do not get proper nutrition or inadvertently increase their risk of disease. For example, it is well-established that having a large proportion of animal fat in the diet increases the risk of both cardiovascular disease and cancers.

Ketogenic diets can be effective weight reduction strategies in the short-term; however, weight fluctuations are common for those who cycle between being on a ketogenic diet and more carbohydrate rich diets. Furthermore, some researchers believe that ketogenic diets themselves pose no absolute weight loss benefits, but that adherents may reduce overall calorie intake due to longer-lasting satiety value of proteins.

Other theories promote the idea that ketogenic diets have a distinct metabolic advantage compared to traditional  diets.

Another theory states that using energy from proteins is a metabolically ‘expensive’ process, therefore the extra weight loss expressed is due to ‘wasted calories’ from this. This hypothesis is relatively new with little data to support it.

Migraines are a common type of headache disorder characterized by moderate to severe attacks of unilateral throbbing pain in the head. Other symptoms of migraines include increased sensitivity to sound and light, as well as nausea. 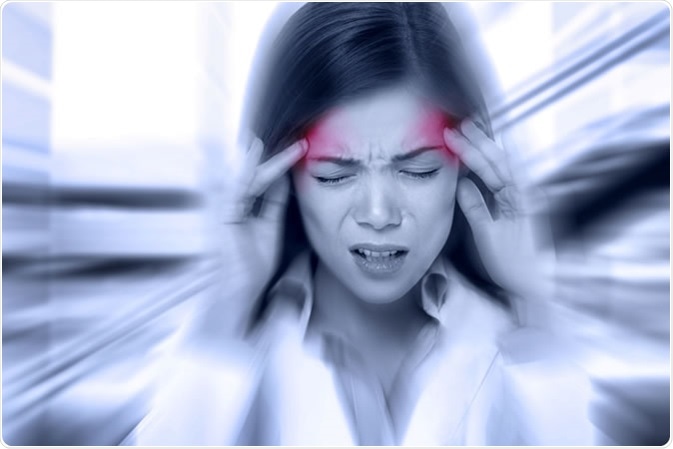 The expression migraines can vary greatly between individuals due to the many different causes. Genetic causes for migraines have been extensively discussed, polymorphism within certain genes are shown to contribute to the development of migraines.

Migraines also have comorbidities with other psychiatric disorders which may worsen the attacks of migraine sufferers, or even cause the development of migraines.

Other psychiatric disorders that have comorbidity with migraines include anxiety, bipolar disorder, stress, post-traumatic stress disorder, substance use (I.e. tobacco), and eating disorders.

The ketogenic diet and migraine prevention

In recent years, interest in KB research has increased for the  treatment of neurological disorders.

There are three KBs: D-β-hydroxybutyrate (D-BHB), acetoacetate (AcAc), and acetone. D-BHB accounts for approximately 70% of KBs produced during ketosis. D-BHB is also a glucose transporter protein and a crucial signaling molecule, making it a potential therapeutic target.

Several case studies (description of single patient outcomes) have been published regarding the use of  ketosis for migraine control. Although there are reports of reduced migraine attacks, this issue has not been evaluated in well-designed studies to determine cause and effect.  Scientists continue to study the mechanisms by which migraine may be related to KB metabolism. Many mechanisms have been proposed to explain the association between migraine prevention and ketosis including hypoglycemia, glucose transport, oxidative stress, inflammation, and the gut microbiome.

Hypoglycemia can contribute to migraines due to low energy stores and high energy demand of the brain. Neuroimaging has been used to show this. KBs have been shown to counteract the negative effects of hypoglycemia.

Glucose transport proteins (GLUTs) are important for transporting glucose into the brain. Polymorphisms with them can lead to migraine attacks. However, KBs are transported into the brain using micro-carboxylate transporters (MCTs) which act independently from GLUTs. Ketogenic diets may upregulate GLUT1 and MCT expression, thereby enhancing energy availability for individuals with partial GLUT1 deficiencies/disorders.

Further research is needed before particular recommendations can be made regarding dietary prevention strategies for persons affected by migraines.

Anyone considering starting a ketogenic diet should consult with his or health healthcare provider or nutritionist to discuss the risks and benefits and how to properly implement such a diet.

Benefits of Digital Marketing to Your Business.

3 Reasons To Get TOP For Press Release Distribution Help.

The True Benefits of Online Reviews.

Online Reputation Repair: How Does It Work?

Top 3 Reasons to Sell Your Photos to Thousands of Clients Online.

4 Reasons All Photographers Need To Sign Up With TOP.

3 Reasons Top Is A Leader For Ebooks To Read.

3 Reasons To Advertise With TOP as Soon As Possible.

2 Main Reasons To Think About Going With TOP Translation Platform

3 Steps To Make Money Online With Writing For TOP.

One Main Reason To Go With TOP For Your Translation Platform.